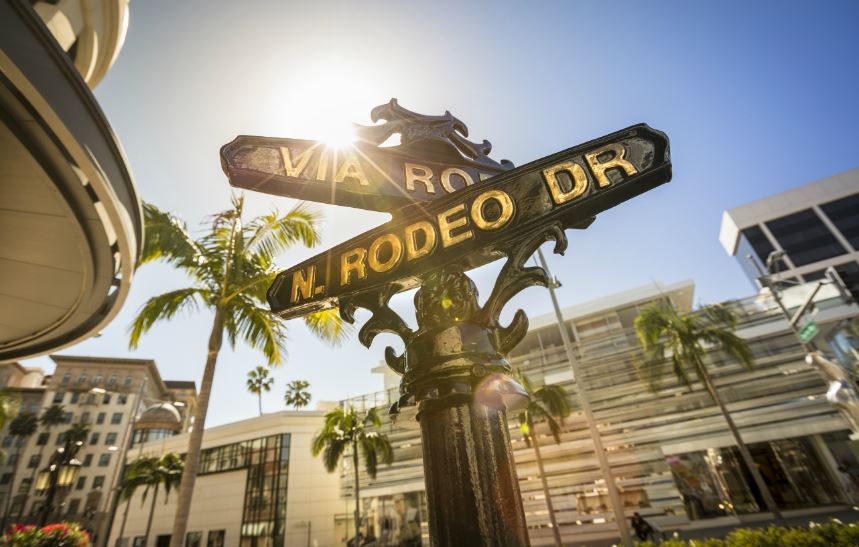 UCLA’s Neighborhoods: What to See in Beverly Hills and Mid-City

Whether you want to treat yourself to an afternoon of shopping, tour one of the most popular art museums in the United States, or see dinosaur fossils, head to Beverly Hills and adjacent Mid-City in West Los Angeles. Just ten miles from UCLA, a short drive to these two neighborhoods can make for a fun day-trip during your time in Los Angeles. Here are some of the most popular places to see in Beverly Hills and Mid-City: 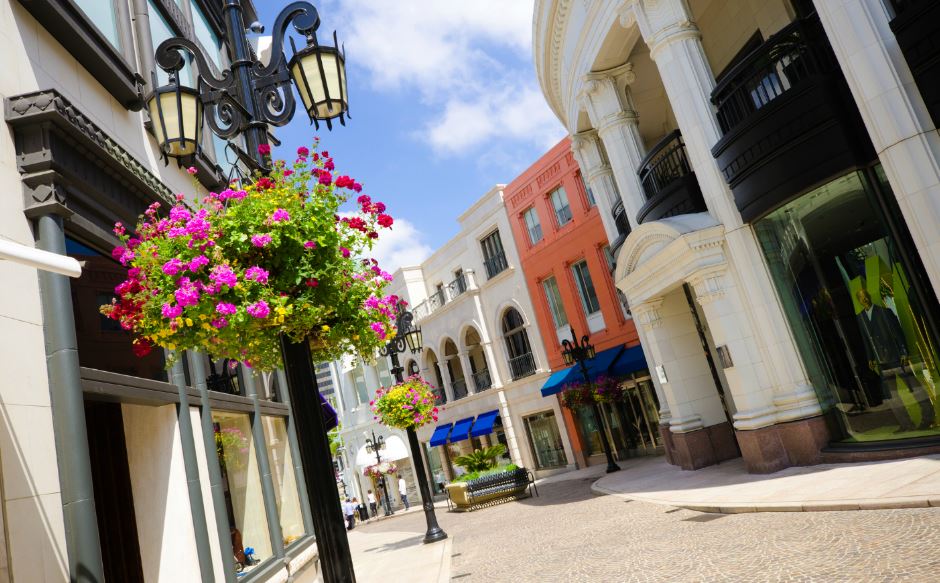 The most famous street for extravagant shopping in the world might be Rodeo Drive in Beverly Hills. A three-block stretch north of Wilshire Boulevard has some of the most famous luxury brands and boutiques including Prada, Gucci, Valentino, Salvatore Ferragamo, Giorgio Armani and Cartier, and a 45-store, 70,000 square shopping mall known as “Rodeo Collection” that is popular with locals and tourists. You can spend an entire day just window-shopping or splurging on top, luxury consumer goods on Rodeo Drive. Visit Love Beverly Hills for more information and directions to Beverly Hills and Rodeo Drive. 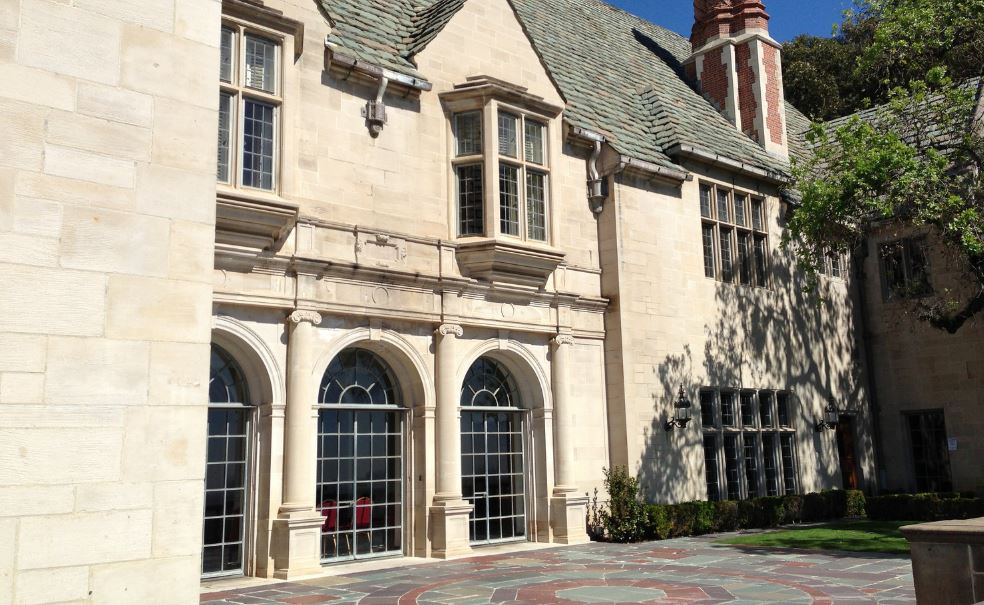 The Greystone Mansion, or Doheny Mansion, built by oil tycoon Edward “Ned” Doheny for his son Ned Jr. and his wife, was the scene of one of L.A.’s biggest murder mysteries in 1929. Ned Doheny died in a murder-suicide with his secretary, Hugh Plunket, with the latter blamed for both their deaths. However, since Ned was not buried with the rest of his family, many believe that he had committed the murder. The mystery lives on, and you can take a tour through this 55-room, Tudor-style mansion, year-round. Located a very short drive from the UCLA campus, it reminds visitors of Hearst Castle in Central California’s San Simeon, but without the long trip. Because of the beauty of its architecture and scenery, several social events are hosted at the Greystone Mansion including the popular Concours d’Elegance. Visit the Greystone Mansion website for more information and directions. 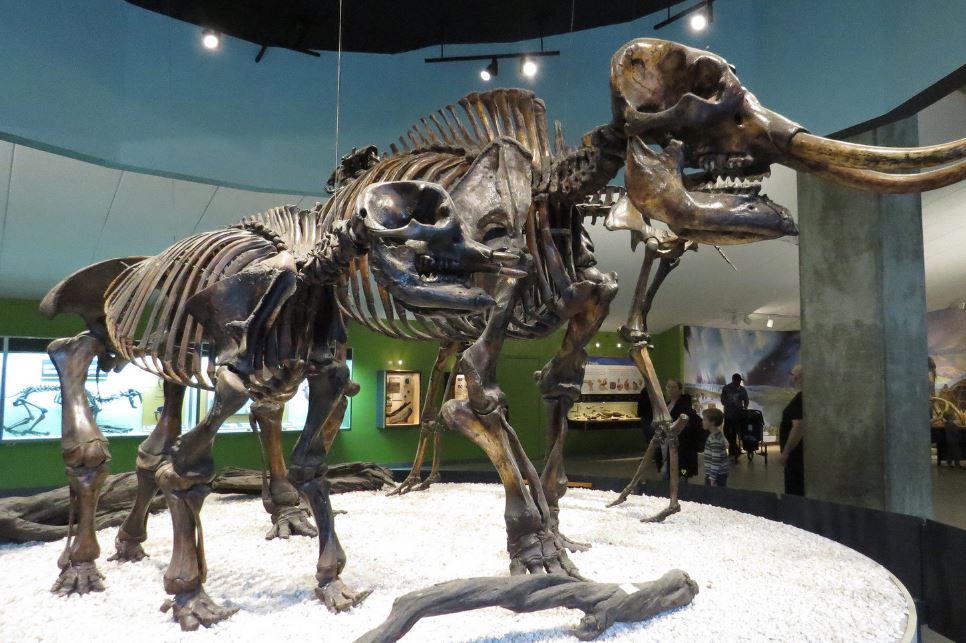 The La Brea Tar Pits continue to bubble along busy Wilshire Boulevard in mid-City L.A., the same way they did when they trapped wooly mammoths and other prehistoric animals from over 30,000 years ago. The bones of these animals have been well-preserved by the natural tar, and placed on display at the adjacent George C. Page Museum of La Brea Discoveries. Make sure you check out the Columbian mammoth skeleton, among the over 750,000 specimens at the museum. Visit the La Brea Tar Pits website for more information and directions. 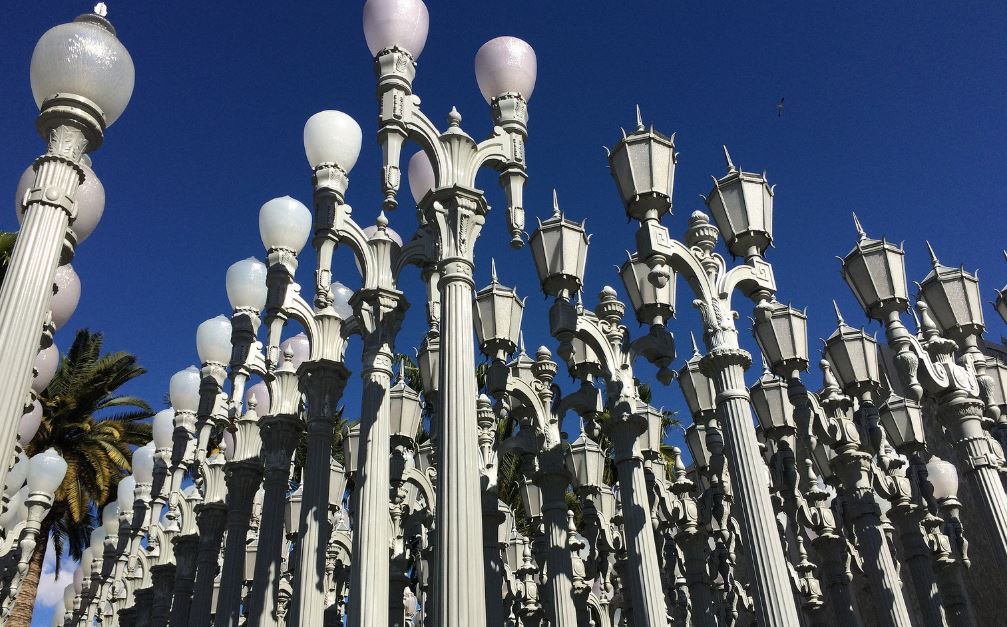 With over 120,000 art pieces, including paintings, photos and sculptures representing multiple genres of art, the Los Angeles County Museum of Art is L.A.’s largest art museum. American, European, Latin American, and Asian Art, from popular artists such as Diego Rivera, Joan Miro, Pablo Picasso, and Jeffrey Koons are featured in permanent installations and rotating exhibits. Outside, the famous “Urban Light” sculpture by Chris Burden (featured in many television shows and films) greets visitors to the museum. Visit the Los Angeles County Museum of Art website for more information and directions. 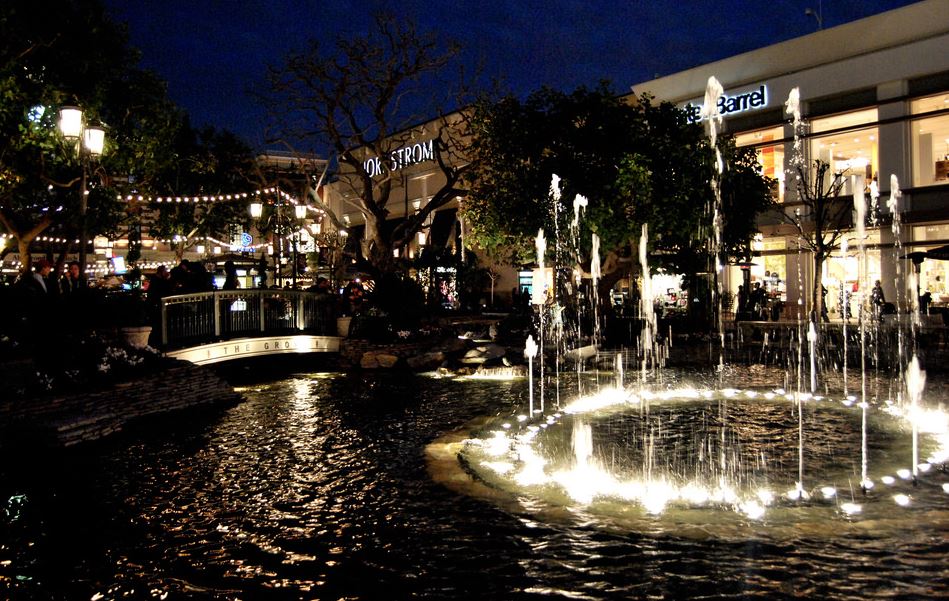 Ask anyone in West L.A. what the premier destination for shopping is, and they’ll point you to The Grove. Since 2002, The Grove draws locals and tourists to its high-end retail stores for shopping and to its upscale restaurants for fine dining. If you want to see a movie, the 14-screen Pacific Theatres is a popular destination. Stores at The Grove include Nordstrom, Topshop/Topman, Michael Kors, Anthropologie and Barneys New York. Visit The Grove website for more information and directions. 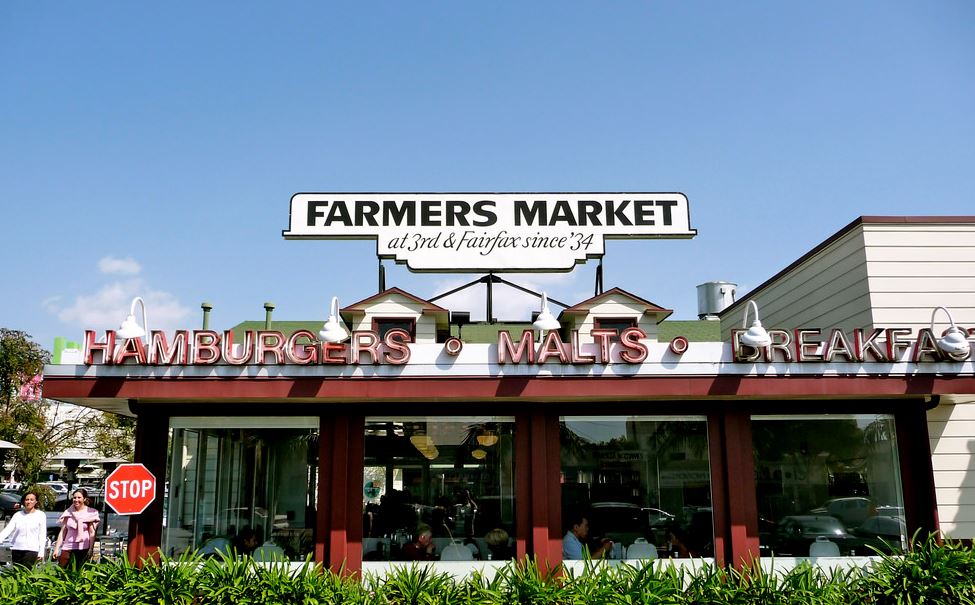 Food stalls from some of L.A.’s biggest and most historic names in food are on display at L.A.’s original Farmers Market. You can sit down and have a tasty meal, or shop for fresh produce from local vendors in this covered area famous for bringing fresh food to market. Whether you’re a foodie or a local looking for great cuisine, come to the original Farmers Market with an appetite. Visit the Farmers Market website for more information and directions. 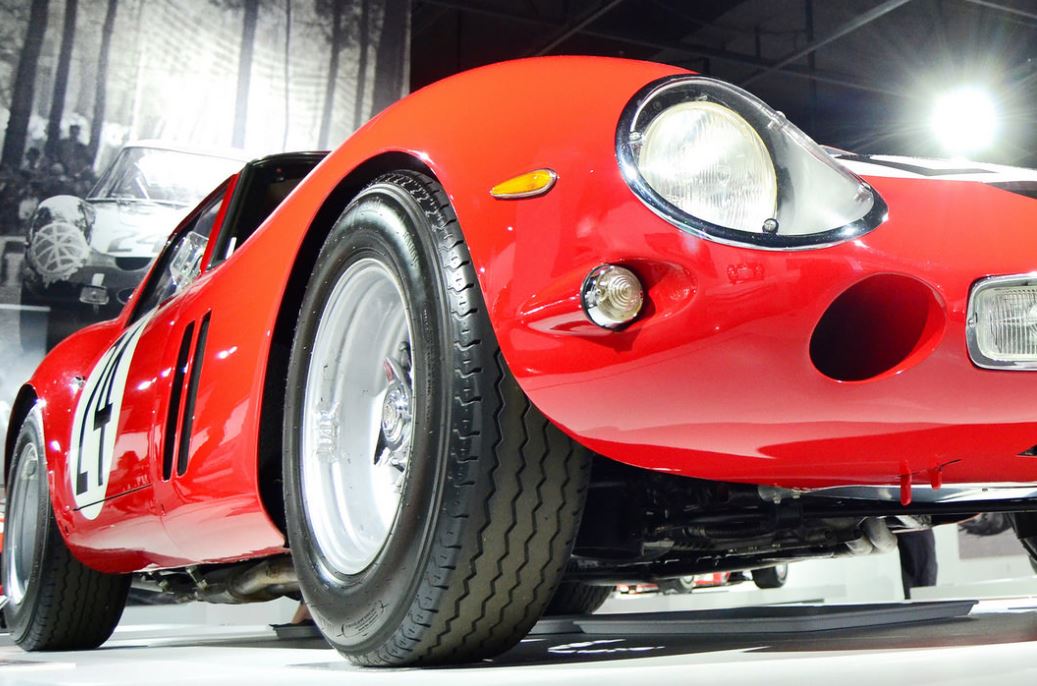 The Petersen Automotive Museum is one of the world’s largest auto museums, featuring exhibits on automotive history and design. It has over 100 vehicles on display in 25 galleries, including classic Porsches, Jaguars, Fords – and even the Batmobile from the movie Batman Returns! Located in the Miracle Mile neighborhood of L.A., the museum has been entertaining car enthusiasts in Los Angeles, and from around the world, since 1994. It recently underwent an extensive renovation, including a new red exterior that is meant to visually convey wind along the hood of a car. Visit the Petersen Automotive Museum website for more information and directions.