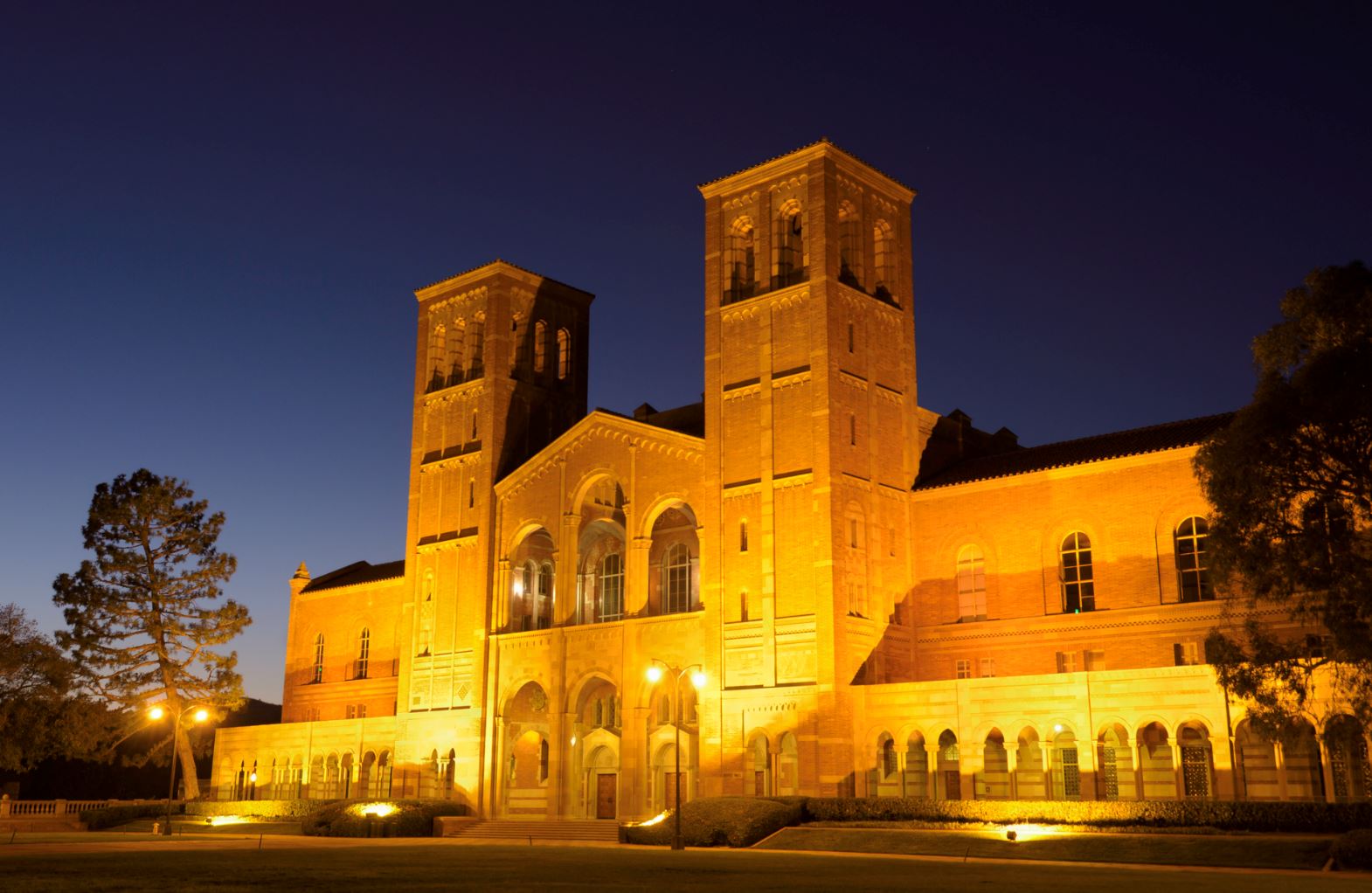 Planning the perfect meeting sometimes requires thinking outside the box or traditional meeting venue, which is why we created this list of some of the most non-traditional meeting venues in Los Angeles. These include popular museums, the famed Los Angeles Convention Center, the world-famous Rose Bowl, and venues here at UCLA such as the historic Royce Hall and our very own UCLA Meyer and Renee Luskin Conference Center. We recommend these non-traditional locations because of their high quality of service. They’re also great venues for both standalone events or in conjunction with events at our venues here at UCLA. In fact, the 2028 Summer Olympic Games will utilize many of these same venues, including the UCLA Luskin Conference Center.

Stir the curiosity and imagination of your meeting attendees at the California Science Center located in the Exposition Park neighborhood of Los Angeles near downtown L.A. This science museum by day is also an event venue by night. Among its five spaces for meetings is the popular Samuel Oschin Pavilion, home of the retired Space Shuttle Endeavor, where attendees can dine under its wings and get a close-up look. Other spaces here include “Living Collections” which surrounds guests with marine life in its 180,000 gallon kelp forest tank. Visit the California Science Center website for more information.

Nestled in the Hollywood Hills is the Los Angeles Zoo & Botanical Gardens, a favorite location not only for animal-lovers, but also for non-traditional meetings! You can have a variety of events at the L.A. Zoo, including company picnics, corporate dinners, galas and even trade shows. The private events at the zoo are enhanced with customized catering, providing a great opportunity for a memorable event. The L.A. Zoo provides animal walkabouts, carousel rides, docent-led tours of the zoo and even scavenger hunts. Talk about non-traditional! Visit the Los Angeles Zoo & Botanical Gardens website for more information.

California’s own Ronald Reagan was the 40th president of the United States, and has his presidential lirbary in Simi Valley, north of Los Angeles. He is interred here, but the library and museum also draw large crowds with compelling permanent and temporary exhibitions throughout the year. The Air Force One Pavilion there is also popular for holding special events and conferences, where guests can meet and dine below its wings. Visit the Ronald Reagan Library & Museum website for more information.

Among the most legendary stadiums in the entire world is the Rose Bowl in Pasadena, California, also known as “America’s Stadium.” Built in 1922, it is known for hosting the Rose Bowl football game on New Year’s Day and is also the home of the UCLA Bruins throughout the college football season. The world-famous Rose Bowl has also hosted 1984 Olympics Summer Games soccer matches, the 1994 U.S. Men’s World Cup final, the 1999 U.S. Women’s World Cup victory and was even home to the 2015 college football playoff semi-final. Such a storied sports environment makes having an event in any of its popular spaces such as the Loge Lounge, or even on the field, an unforgettable experience. Visit the Rose Bowl website for more information.

Located on the gorgeous UCLA campus in the Westwood neighborhood of Los Angeles is world-famous Royce Hall. As striking an interior as its exterior, this iconic building hosts live performances, speaking engagements, theatre and cultural events throughout the year. Right outside Royce Hall, the “Royce Quad” is a beautiful central square and perfect outdoor venue for al fresco events. Graduation gatherings, private parties and even the Los Angeles Time Festival of Books have used Royce Quad to bring their meeting attendees together in a brilliant and inviting open air space, surrounded by the iconic architecture and inviting setting that is the UCLA campus. Visit the UCLA Catering for more information.

Academic venues are becoming more and more popular for non-traditional meetings, including our very own UCLA Meyer and Renee Luskin Conference Center. These venues combine the free-thinking spirit of universities with modern, world-class event spaces that create the perfect environment for innovation and discussion. At the UCLA Luskin Conference Center, we pride ourselves on being that and more. We’re a place built for making connections and exchanging ideas — where versatile meeting spaces, superb accommodations and thoughtful amenities lead to extraordinary experiences. With 25,000 feet of second-to-none meeting space in Los Angeles, the UCLA Luskin Conference Center can easily hold meetings, conferences and special events of nearly any size — from its expansive Centennial Ballroom that can accommodate over 950 guests to its smallest board room. With views of Pauley Pavilion and the campus, our lovely and spacious Centennial Terrace is ideal for outdoor receptions. And the adjoining 254 guest rooms in our stunning hotel, including suites, and the on-site restaurant and lounge complete the full-range of offerings that contribute to a successful event.